Why Getting your Rod Out May Save us All! 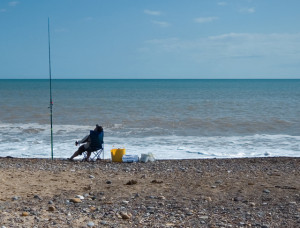 Supply and demand. It’s the mantra of commercialism and seems to rule our daily lives.

I wouldn’t say I’m a rampant leftie, infact quite the opposite. Democracy and private enterprise are as natural to me as breathing and eating, yet even I would be first to admit that there are certain things which modern commercialism has got drastically wrong. Chief amongst the massive problems created by our modern fast paced, consumerist culture is the management of our fish stocks and what the whole removal of our ‘hunter gatherer’ lifestyle is doing to our Planet and to us all as individuals.

I grew up in the 1960’s and have been a life-long Angler, first dipping a baited hook in the water shortly after my fifth birthday in 1969 on a trip with my maternal Grandfather. Although I found the whole experience exciting and fun (unlike my Father’s obsession with Golf, but that’s another story!), I didn’t really grasp the whole ‘fishing’ thing until a trip to Scotland a couple of years later, which turned into a full-on Bear Grylls like adventure, with camp fires, constructing bow and arrow and most importantly eating what we had caught. My Grandfather told me that we wouldn’t be eating unless we caught something… which for someone who who had been used to getting food out of the fridge was a daunting and massively exciting change of regime. Those lessons in self survival have stayed with me to this day and although I’m not upto the level of ‘doomsday prepper’ I’m fully confident that given a global disaster and the need to survive, I could pull it off… no problem.

The Rise of Obesity 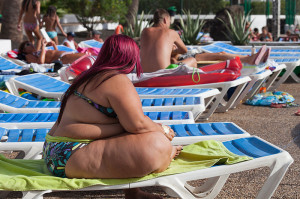 The Western World has a big problem. Obesity affects a growing number of US and UK citizens, with this being earmarked as one of the biggest health issues in these two countries. The knock on effects of obesity are huge – taking out the obvious cardiovascular problems and extra strain on bones and joints, increase in body fat has been linked to many different diseases like type 2 diabetes,  cancers, liver disease, sleep apnea and respiratory disease… the list goes on.

So what’s all this got to do with Angling? Well look back through History and find a time when people regularly hunted for food. I guarantee that you won’t have to look back too far… infact if you’re talking about rural areas of the UK then going back 70 years or so is enough. Back in the 1940’s and 1950’s it was commonplace for people in rural areas to hunt and fish for food, but on the arrival of fast food and more importantly supermarkets in the 1960’s to UK shores the whole landscape changed. Even for those who had access to the Sea or countryside, food wasn’t something you had to go out and find anymore, it was freely available (if you had the money) from a supermarket near you, leaving time to do other things, which is great, until you factor in the knock on effects…

Look back to the introduction of the first fast food restaurants in the UK, with KFC, Pizza Hut and McDonalds arriving on our shores between the 1960’s and 70’s. Before this time, obesity and infact an above average body fat count for any adult or child in the UK was so abnormal that it was reserved for those individuals who could afford to over indulge – normal rural working people were seldom even slightly overweight and certainly not obese, as they relied on small amounts of animal and fish protein, fresh, home grown vegetables and herbs sourced locally.

Again, as with the arrival of Supermarkets in the UK, fast food outlets have seemed to massively increased the average adult and child body fat count, which again isn’t surprising when you acknowledge that these foods are packed with sugar, fat and additives. Throw in the addition of genetically modified foodstuffs that we just haven’t had time to thoroughly test yet (who knows what time-bomb that will expose in 50 years!) and it should be clear that our reliance on pre-packaged, convenience foodstuffs is a disaster in the making. It’s happening right now in front of our eyes and our Governments seem to be doing very little about it…

The Seven Levels of Hell

If you’ve read Dante’s Inferno, that rambling piece of verse, you’ll recognise the global disaster we are all heading for. Massive over commercialisation of our fish stocks, Government policies which seem set out to destroy our Environment and our over reliance on easily accessible food will eventually lead to every Man, Woman and Child fighting to survive if we don’t do something radical.

The United Nations recognise that successive Government policies which reward those who plunder fish stocks, along with the totally barking Common Fisheries Policy successfully being fought against by Hugh Fearnley-Wittingstall will eventually lead to a total collapse of our global fish stocks and mean that our children and grand children will have a real fight just to survive.

Look Back to Move Forward

I remember my Grandfather talking about the years between 1939 – 1950 and how the shore fishing was then. Because commercial fishing was more or less dead (no-one wants to put a trawler out when there are u-Boats around!) the rod and line fishing was apparently fantastic, with all manner of fish being caught easily from the shore. I have a black and white picture of my Grandfather, holding a rod and supporting a very large Monkfish, a species which is marked as being a deep water fish, which was caught off the sands near to Dwynwen Castle on the Menai Straits in North Wales in 1952. This, he told me, was not an uncommon occurence and he had pulled out everything from blue shark to monster Cod from that very same stretch of water. The reason that rod and line angling was so good was that the fish stocks had several years to recuperate – only those with the knowledge and the angling tackle could get their share of the fish and those people were known and respected by their peers.

So a radical idea… what if more people were to take up catching their own fish?

Fishing with rod and line is the biggest participation sport on the planet, but a good portion of this angling is for trophy fish which are returned to the water. What if angler’s saw their activities not as a sport but as a way to gather food? What effect would this have? What if we could persuade even more people to take up fishing as a way of providing fresh, additive free food for the table?

Well, this gets me back to ‘supply and demand’. Supermarkets survive because of volume sales. We buy what they have to offer because it’s there, it’s easily accessible and we get variety… but what if we removed the demand? If a large portion of people decided to bypass the supermarkets and gathered their own fish, just as they have with growing their own vegetables (even Tesco sells seeds now!) then we could in effect remove some of the demand for fish, which would remove the need for some of those nasty factory ships sucking up the World’s fish stocks. Because prices are fuelled by the balance of supply and demand, that piece of Cod on the supermarket fish counter which you’re currently being charged the (totally ridiculous) £17/kg for would suddenly be having much less impact on your wallet, even if you decided not to catch your own!

It’s not the answer for everyone (after all, not everyone is born to hunt) but I really do think that more people taking up fishing would be good for the Environment, it would also (as it would drag our youth away from their Playstations and Fast Food, replacing this with fresh air and excercise) stem the rampant advances of obesity and save our children in the process!