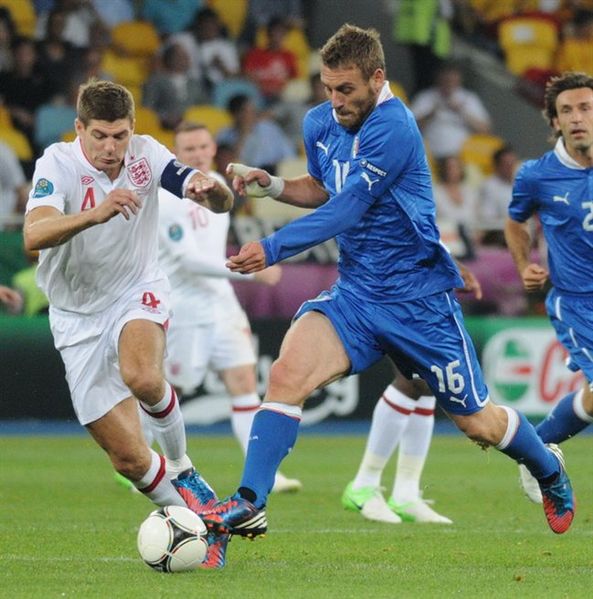 If England win the world cup it will be a miracle up there with the second coming of Christ. Anything is possible, even the reappearance of Jesus, but some things are so deeply unlikely that they barely warrant consideration and England’s fate in Brazil is one of them. It is not that I am unpatriotic, I am simply a realist and down here in the real world England simply aren’t good enough.

I heard someone on the radio the other day throwing a hissy fit because another listener had dared to suggest that England have no chance. The hapless fan was berated for lack of loyalty as the rest of the country listened on incredulous as the stupid woman (yes it was a woman and so am I but hey) provided a string of illogical arguments as to why England will prosper.

England’s qualification for the finals tells you everything you need to know. It comes to something when there is enormous tension before a match against Montenegro. I suspect most people couldn’t even tell you where Montenegro is let alone name any of their players. For the record Montenegro is a very small nation next to Albania with a population of just 620,000. It is a little depressing that we should find ourselves concerned about our prospects in a match against such a team and even worse that we should consider a scoreless draw with Ukraine as cause for celebration. What in heaven’s name are we going to feel like when we have to play Argentina, Brazil or Spain? These are the teams that we will need to get past in order to win the World Cup. Then there is Germany to consider and now we know where we stand with them.

After World Cup qualification was achieved we had to endure the inevitable friendlies which are always marred by team changes and experimentation. It is hard to draw firm conclusions from these matches but it does not auger well that we could not muster a single goal against a weakened German side when we were playing at home and had nothing to lose. Throw in the missing German stars, a competitive situation and the heat of the South American summer and I fear I know what the result would be and I haven’t even mentioned penalties.

I have fond memories of past tournaments when England were involved in games that could have seen them progress to the latter stages of the tournament or even the final itself. I will never forget the match against Argentina when Beckham got himself sent off or the Semi against Germany when Lineker’s equaliser gave us hope. I was hiding behind the sofa at times, or at least under the throw, too scared to actually watch some of the crucial moments but ultimately England failed in those matches and will almost certainly fail again. It is time to take a long hard stare at the looking glass and to stop kidding ourselves about our prospects.

There are other teams which are better organised, more settled, more confident and which have the kind of individual players who can win a match on their own. At the end of the day (I had to get at least one cliché in) England lack discipline, often play poorly, can’t cope with penalties and have no single player that could transform a match and for these reasons they will not win the World Cup. I will cheer them all the way and cry when they miss their penalties but I won’t be surprised when they fail again.